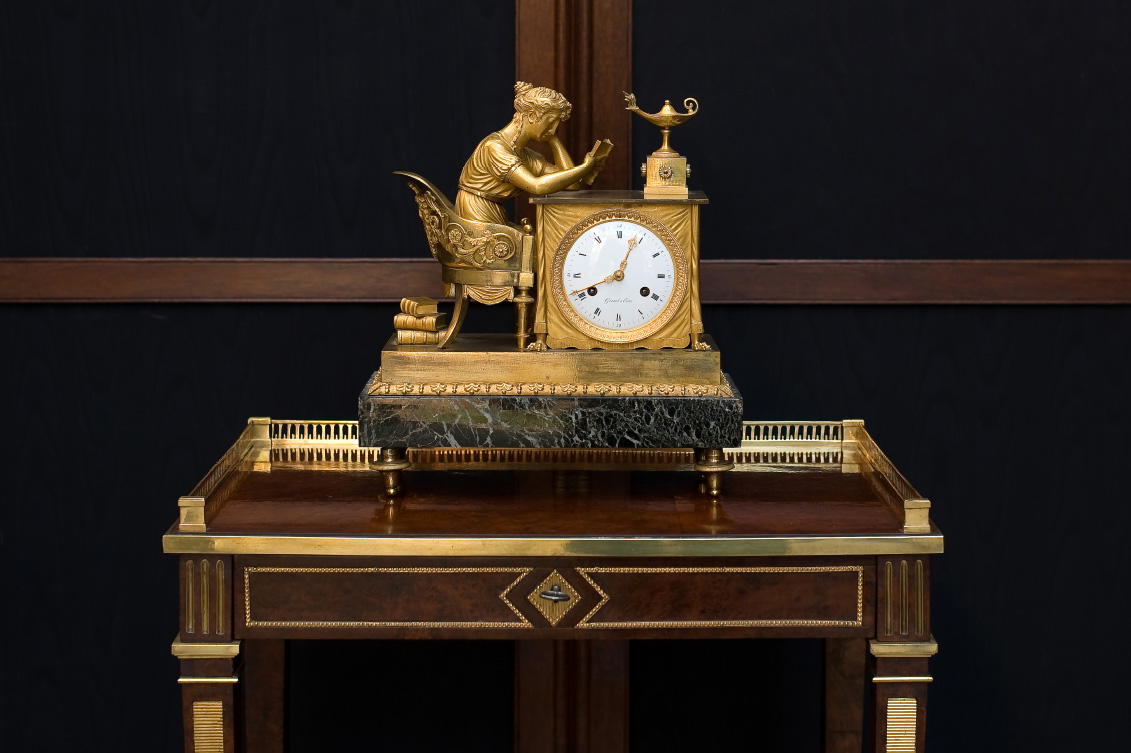 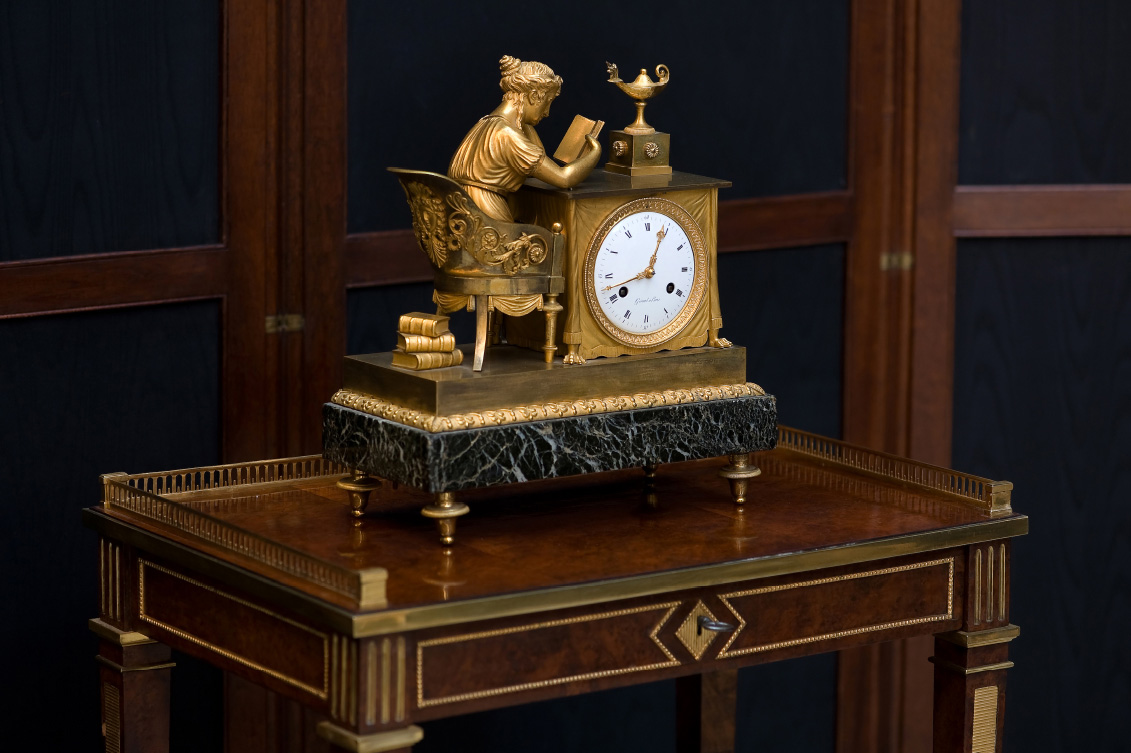 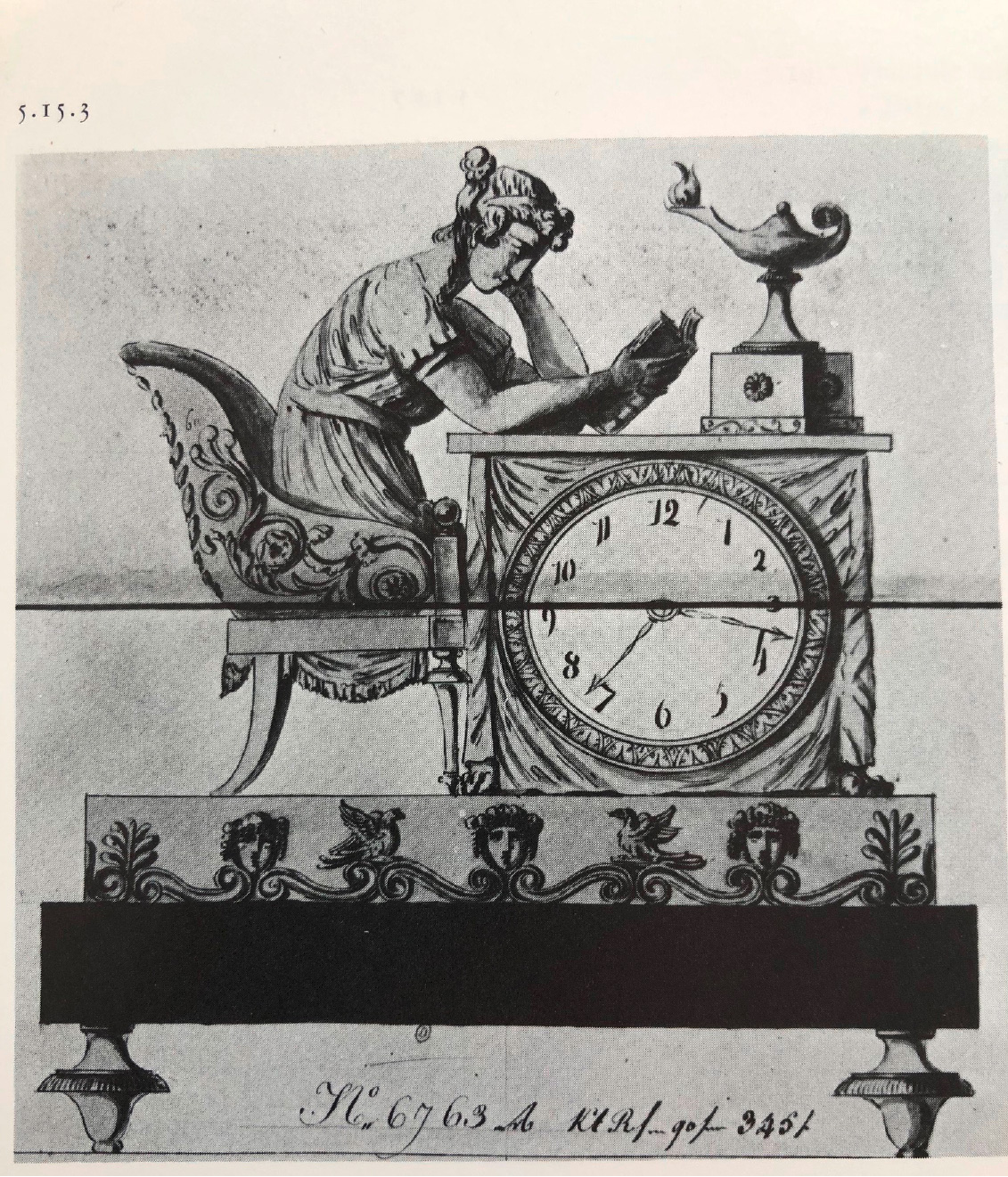 The son of a tradesman, Reiche was born in Leipzig in 1752. He settled in Paris in the final years of the reign of Louis XVI, qualifying as a master founder in 1785. During the Empire he was listed as a “marchand-fabricant de bronzes”. The design for “La Liseuse” (young woman reading) dates from 1806. It was a successful motif. Versions were executed by well-known bronziers and clockmakers – among them Claude Galle – without additional figures on the plinth although some versions display a small dog or a pile of books.

The present version dates from circa 1810 and bears the name of the clockmaker “Gérard à Paris”, (Rue du Coq St.-Honoré) on the white enamel dial. Gérard worked in Paris from 1806 to 1830. 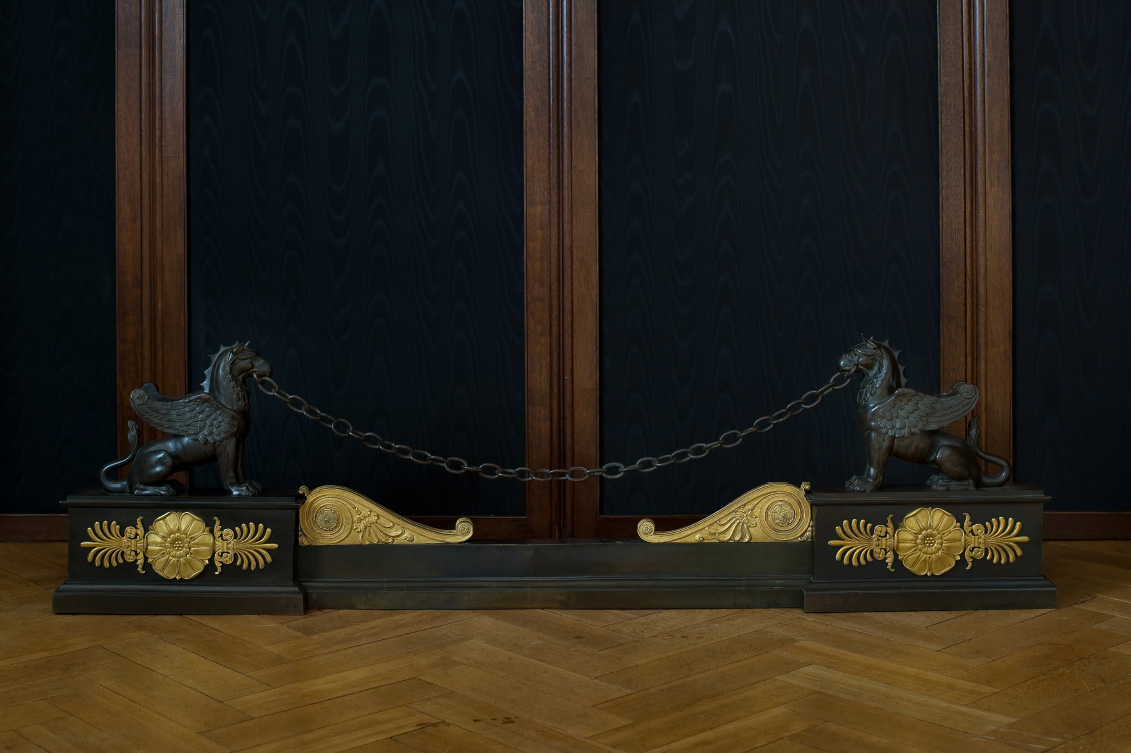 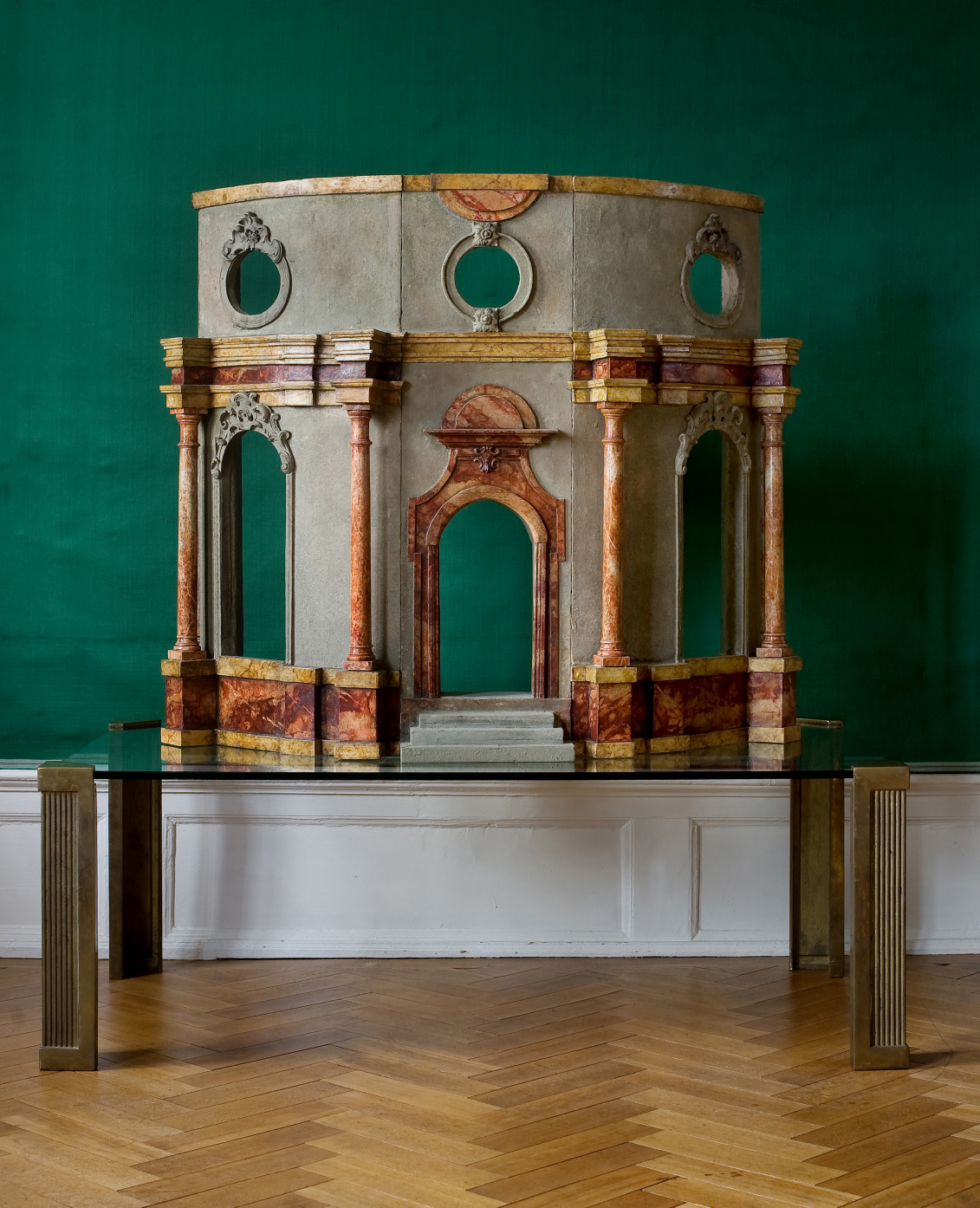 Model of a Baroque Facade

On the verso decorative coloured motifs. 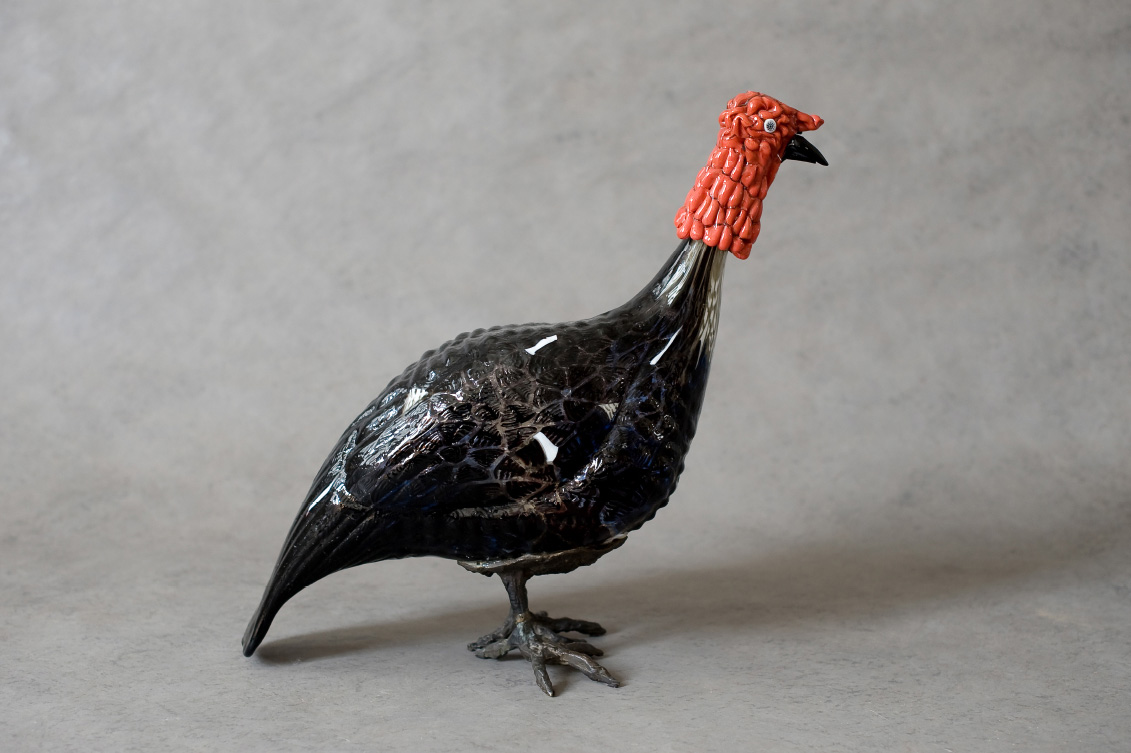 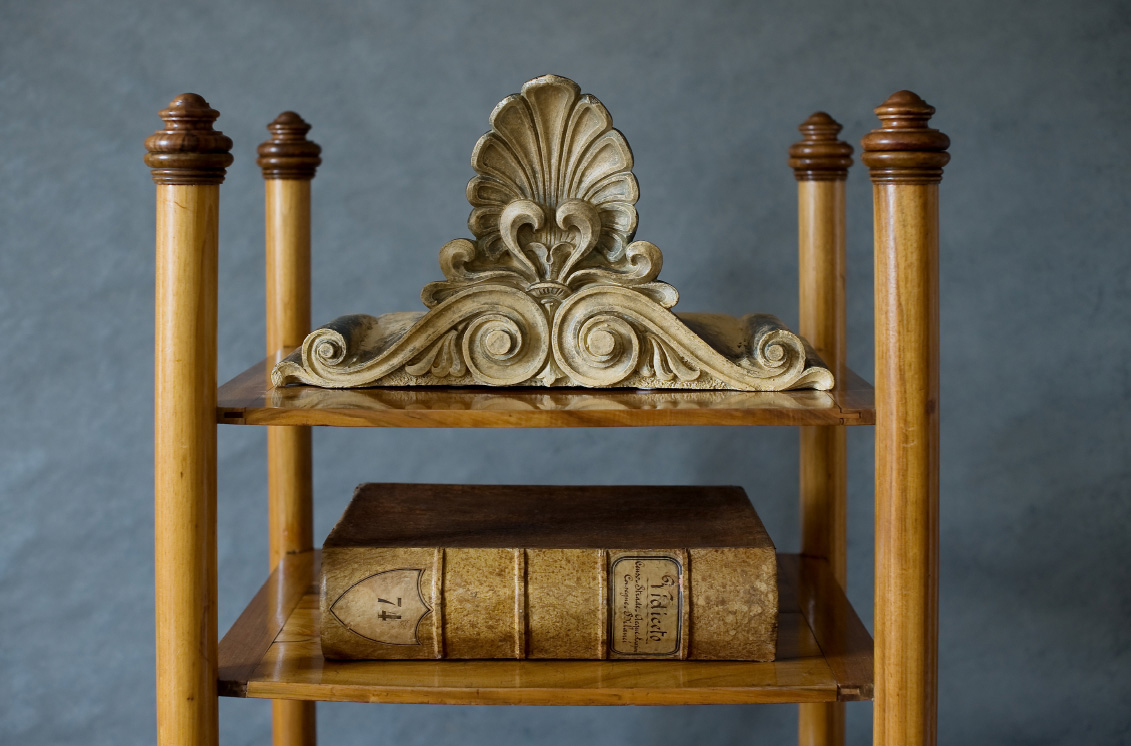 Feilner was the leading manufacturer of terracotta ware, architectural ceramics, stoves, vases, figures etc working in Berlin in the first half of the ninetenth century. Architects like Gentz, Gilly, Schinkel and Stüler commissioned Feilner to produce work after their designs. 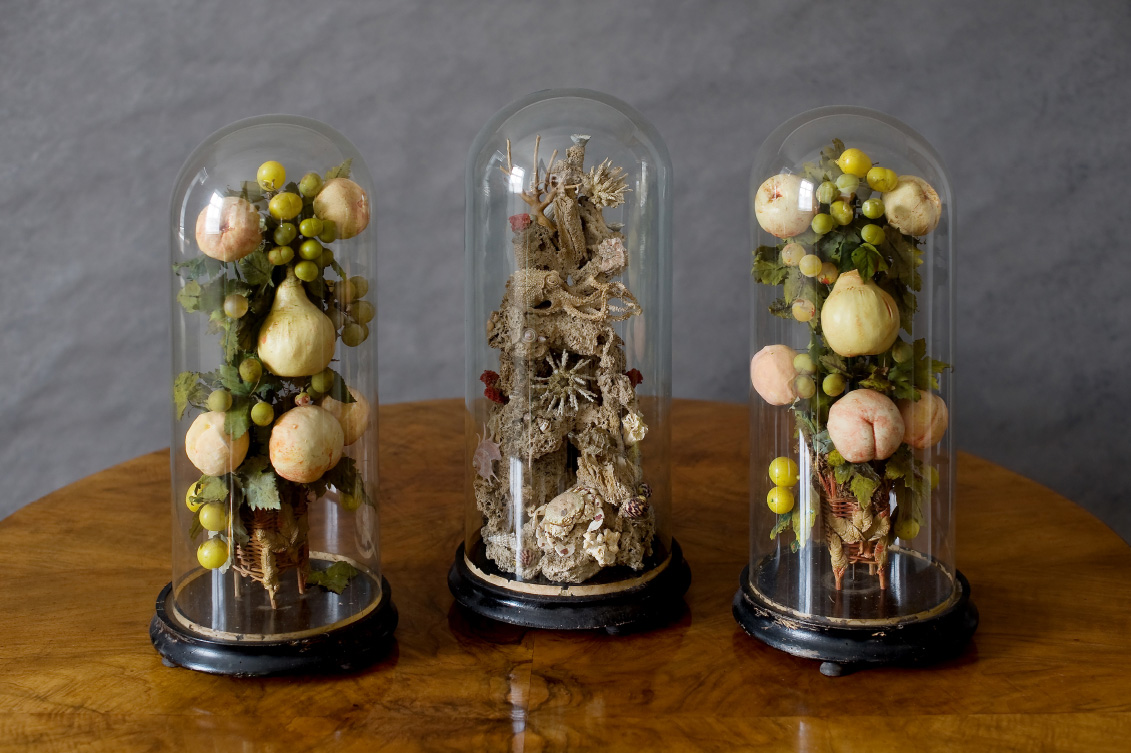 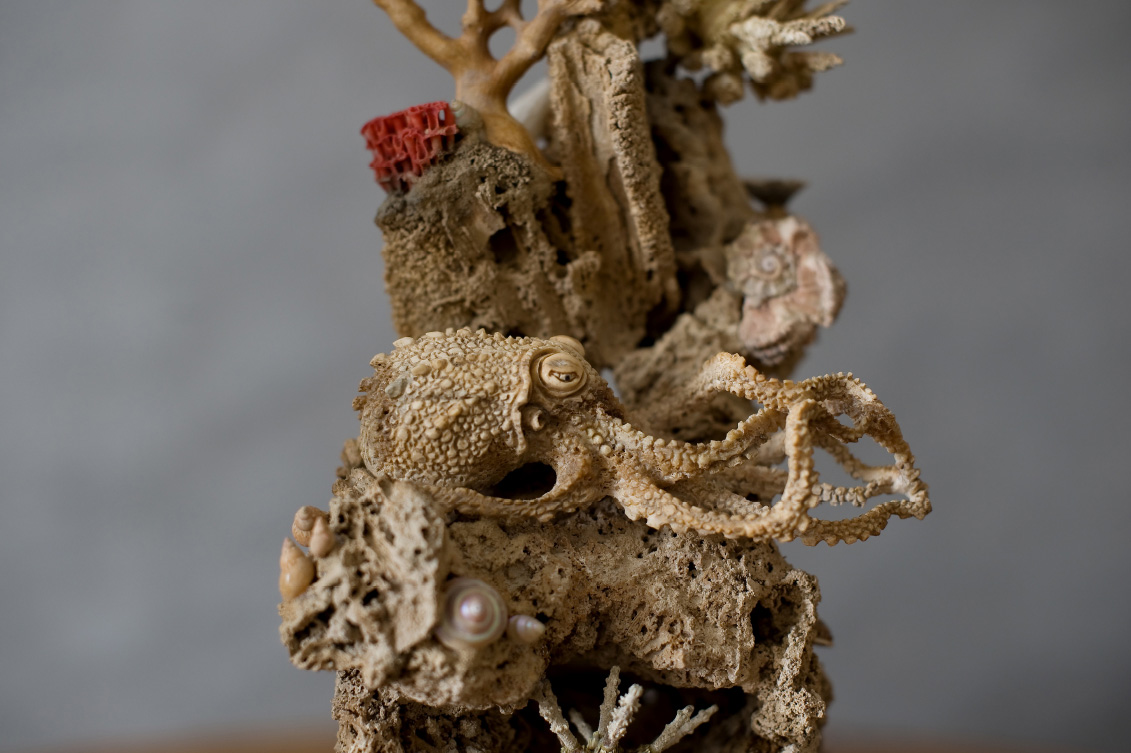 A composition of lava rock, shells, prawn and octopus carved in netsuke-style, under a bell jar. 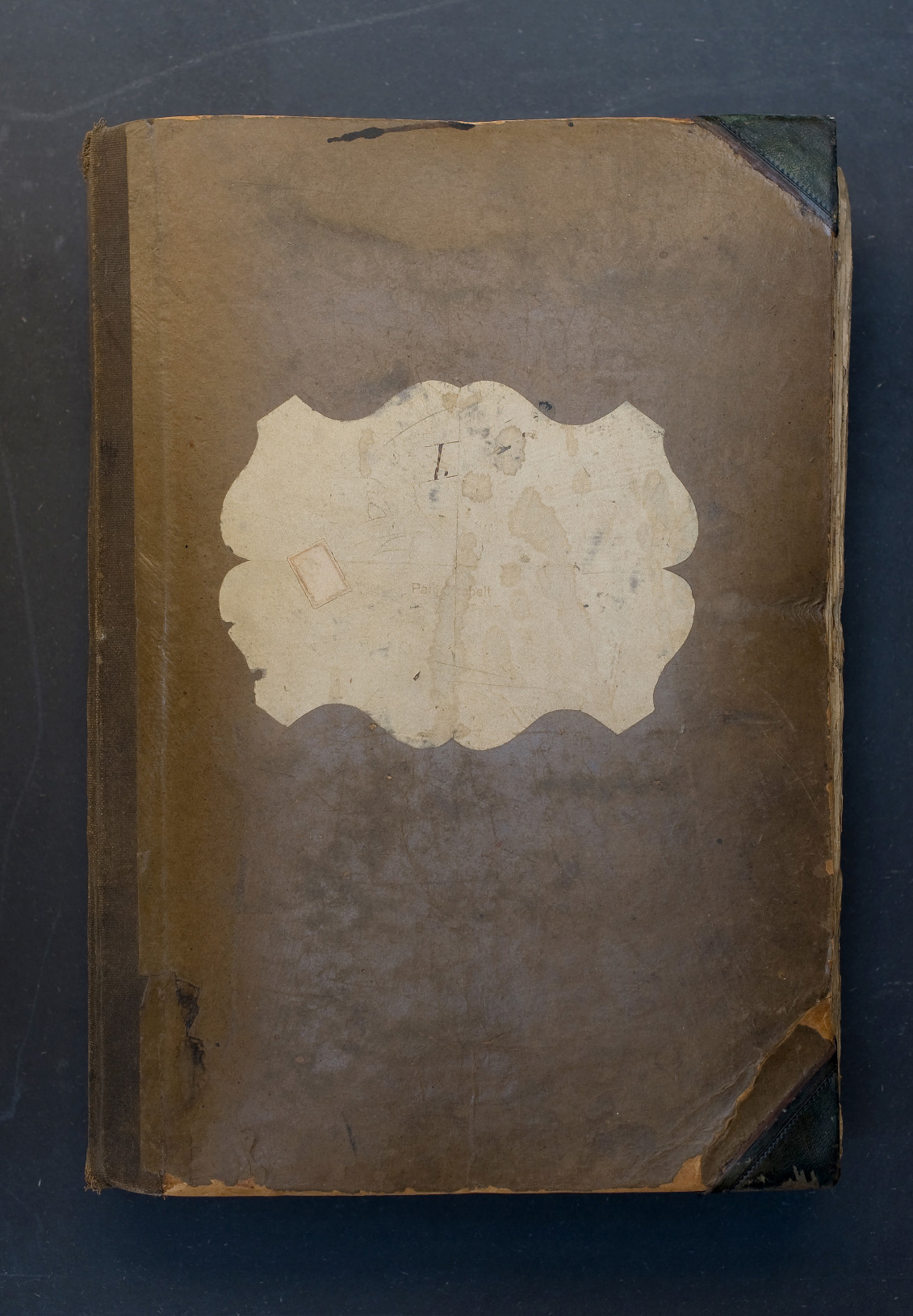 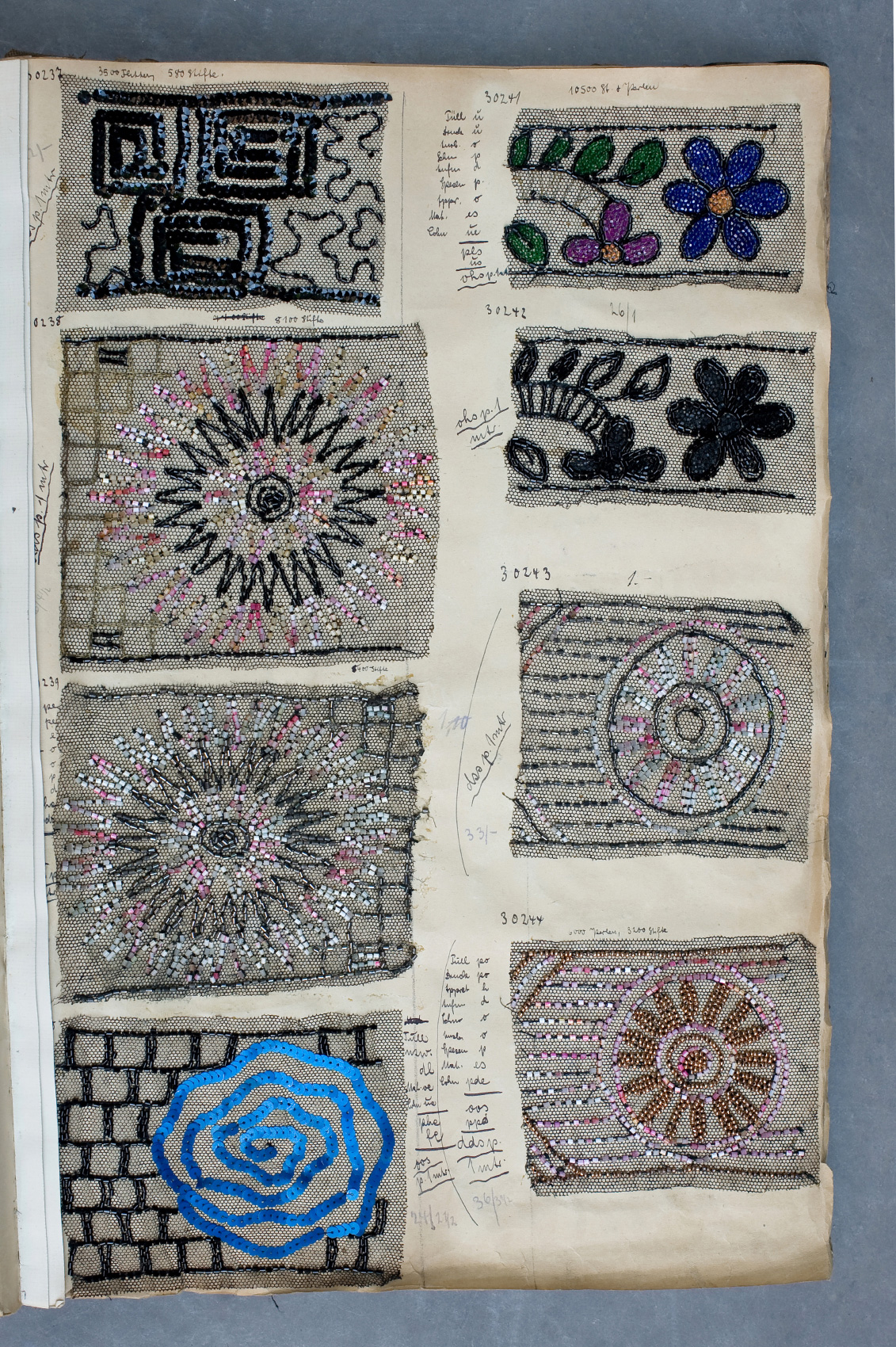 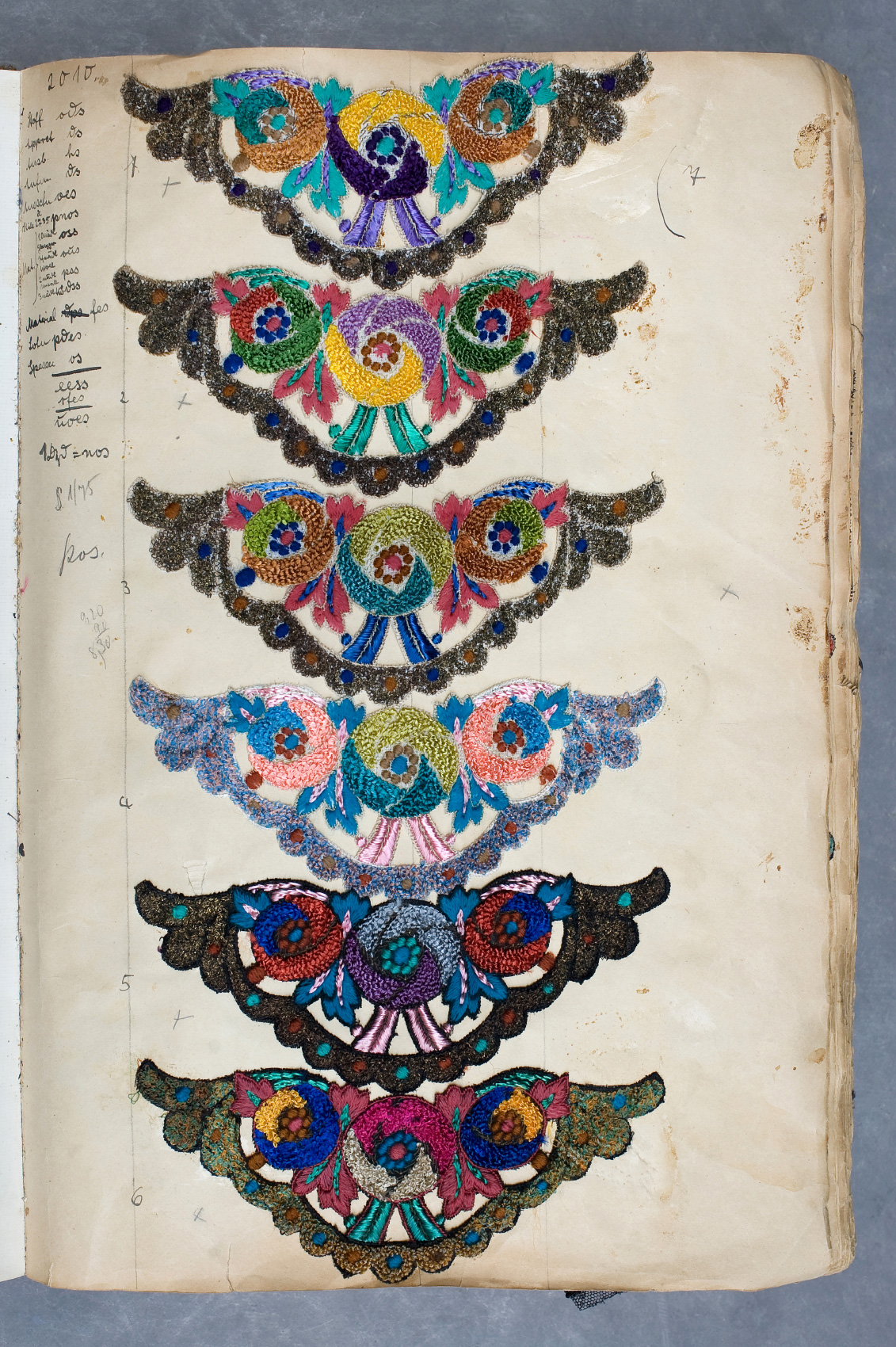 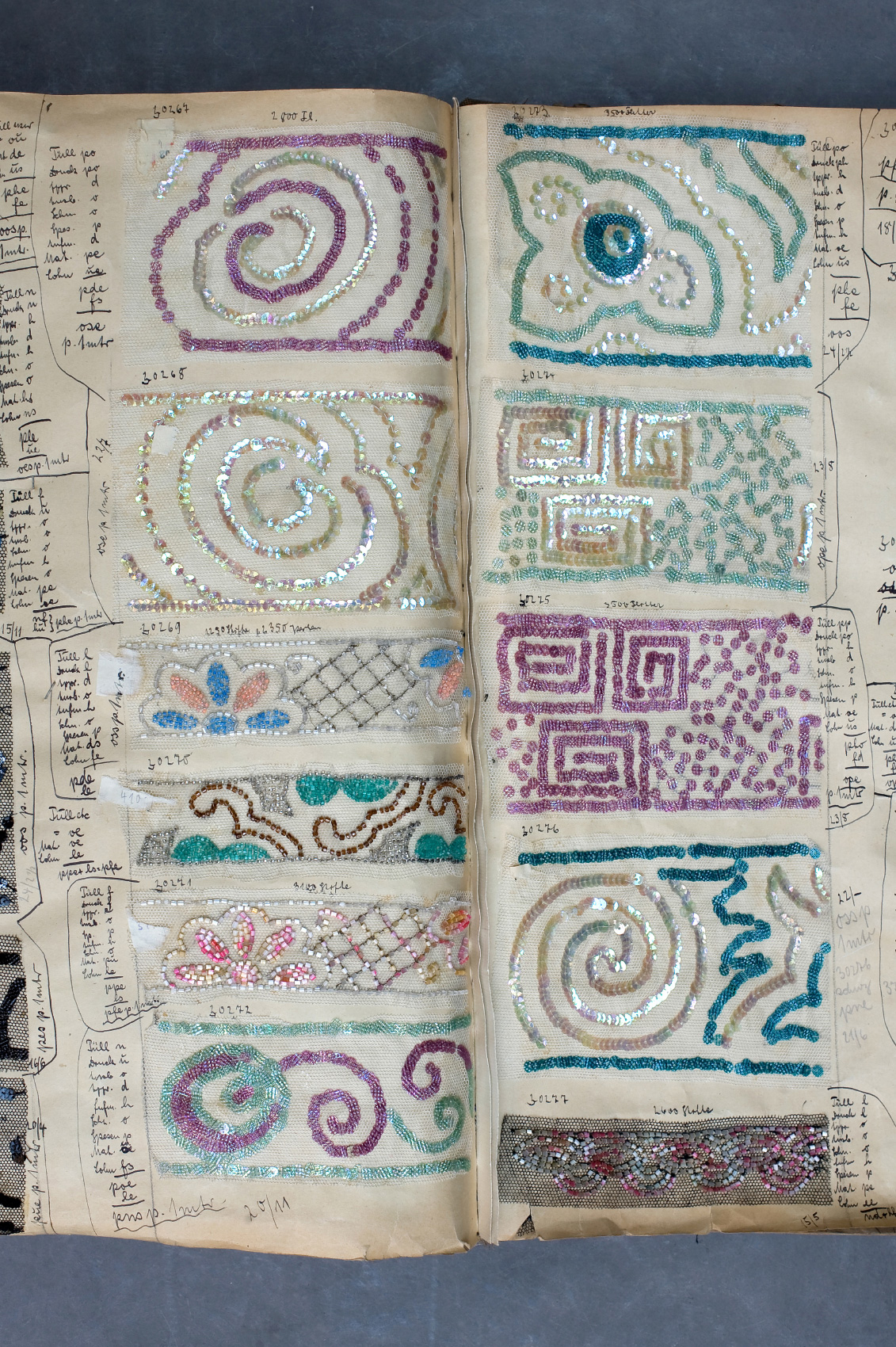 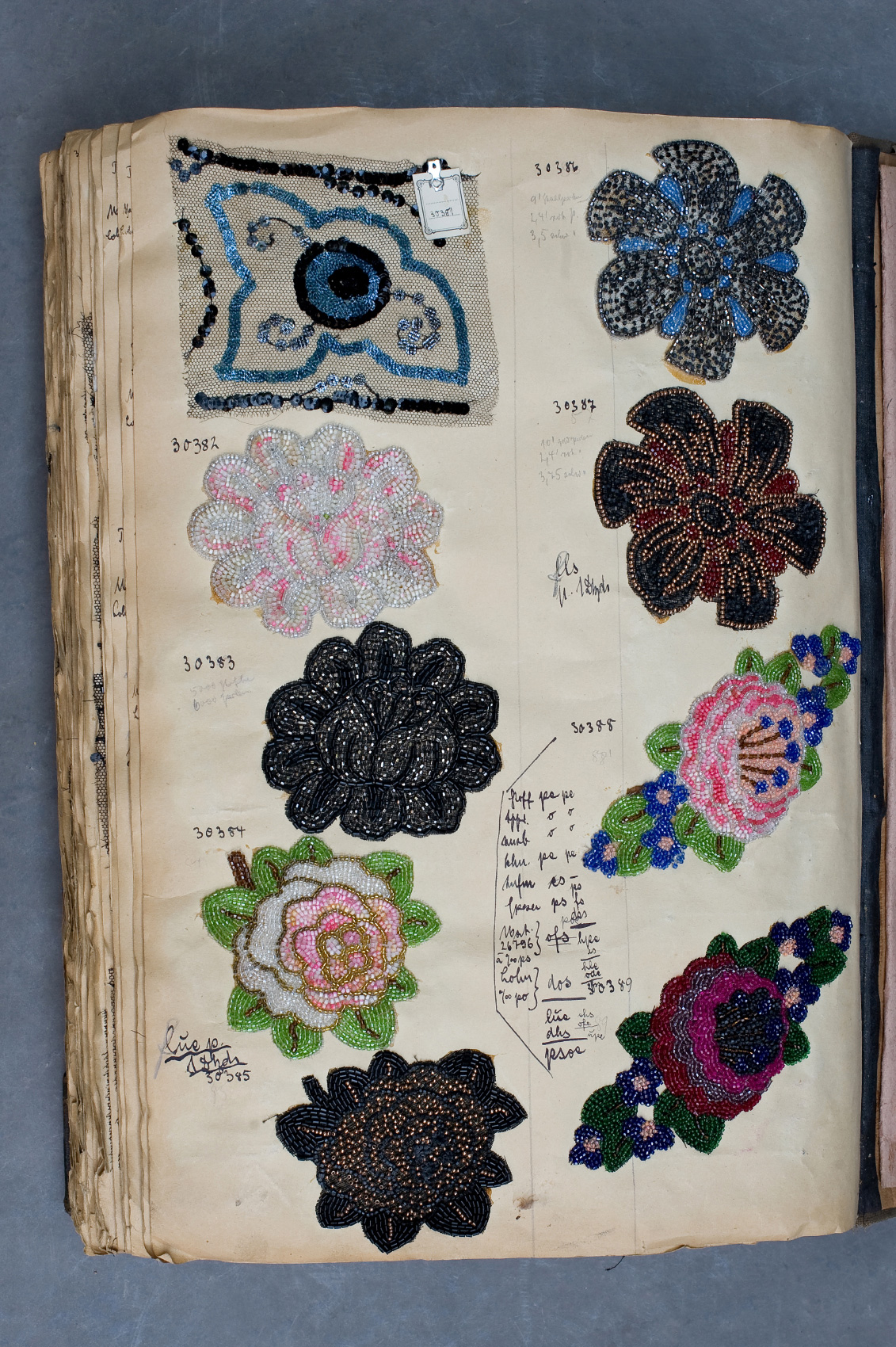 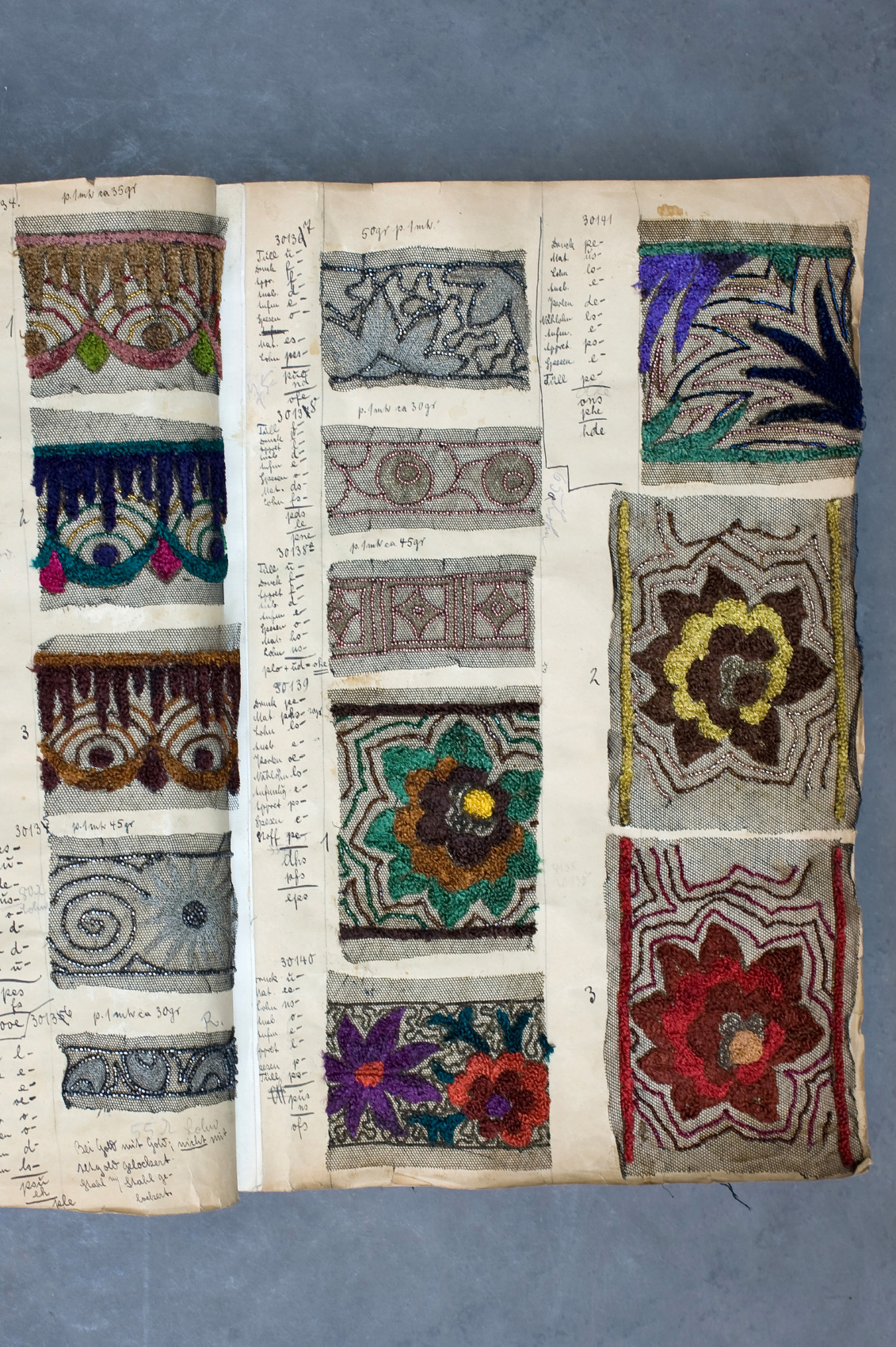 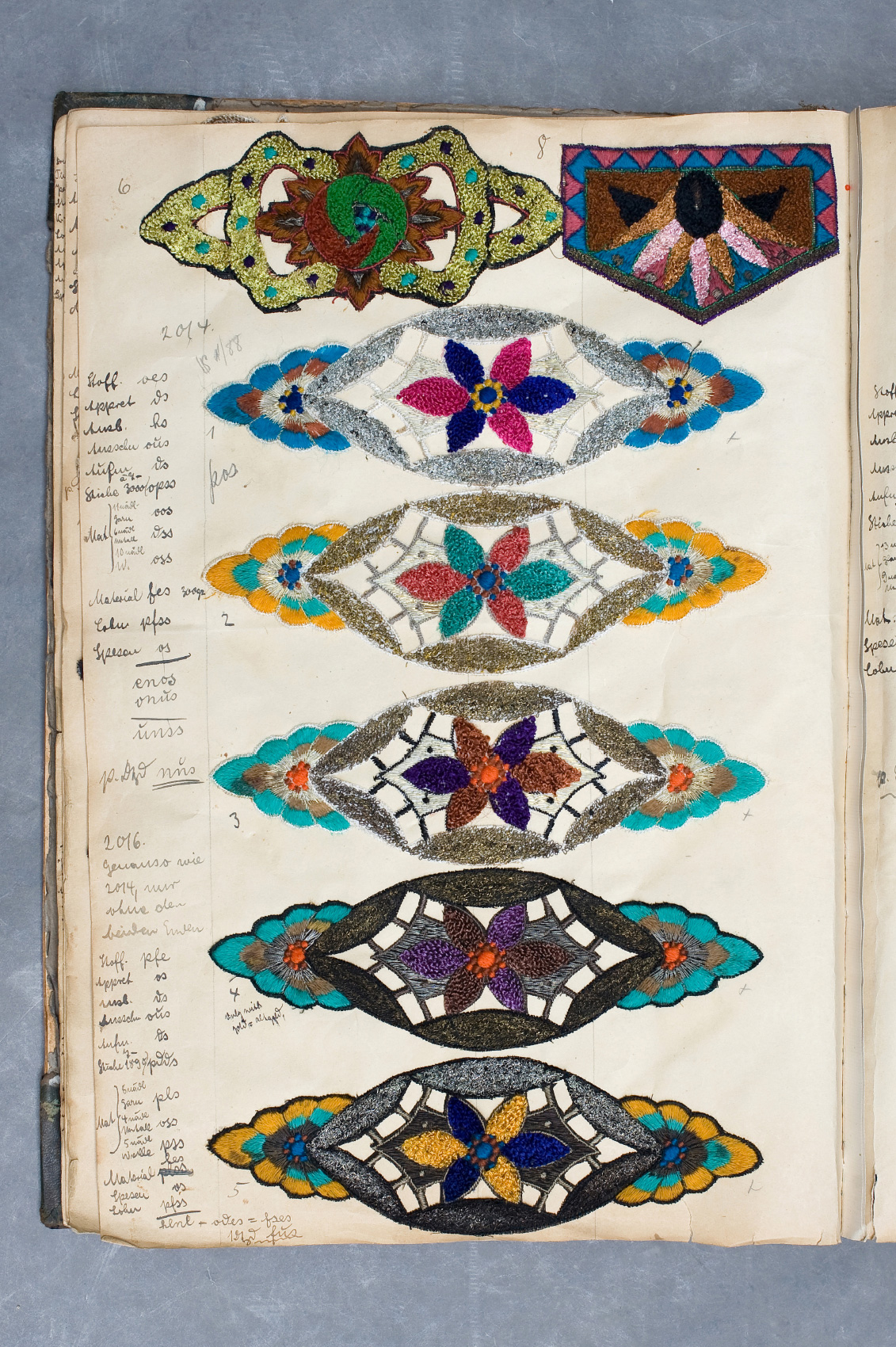 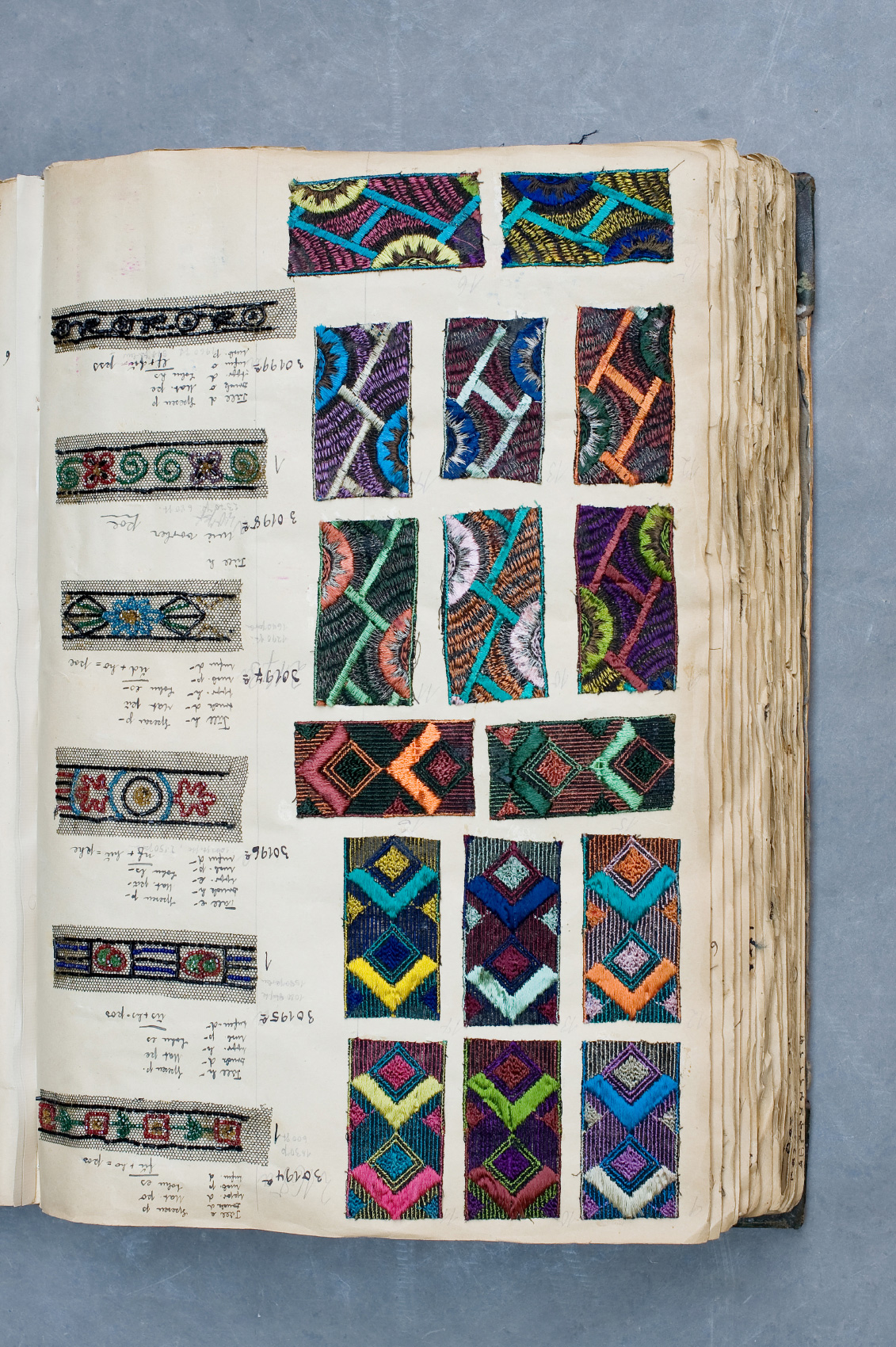 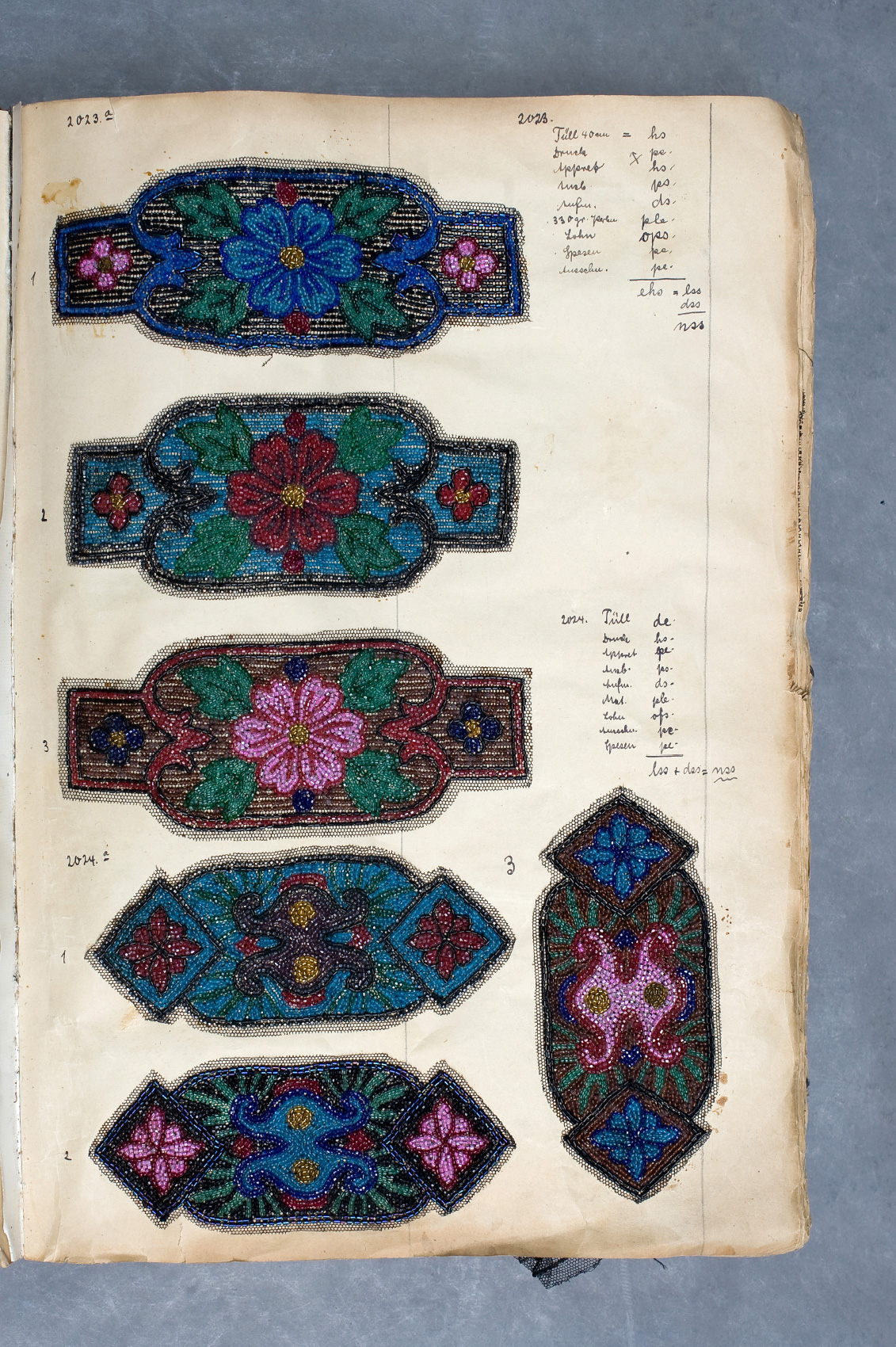 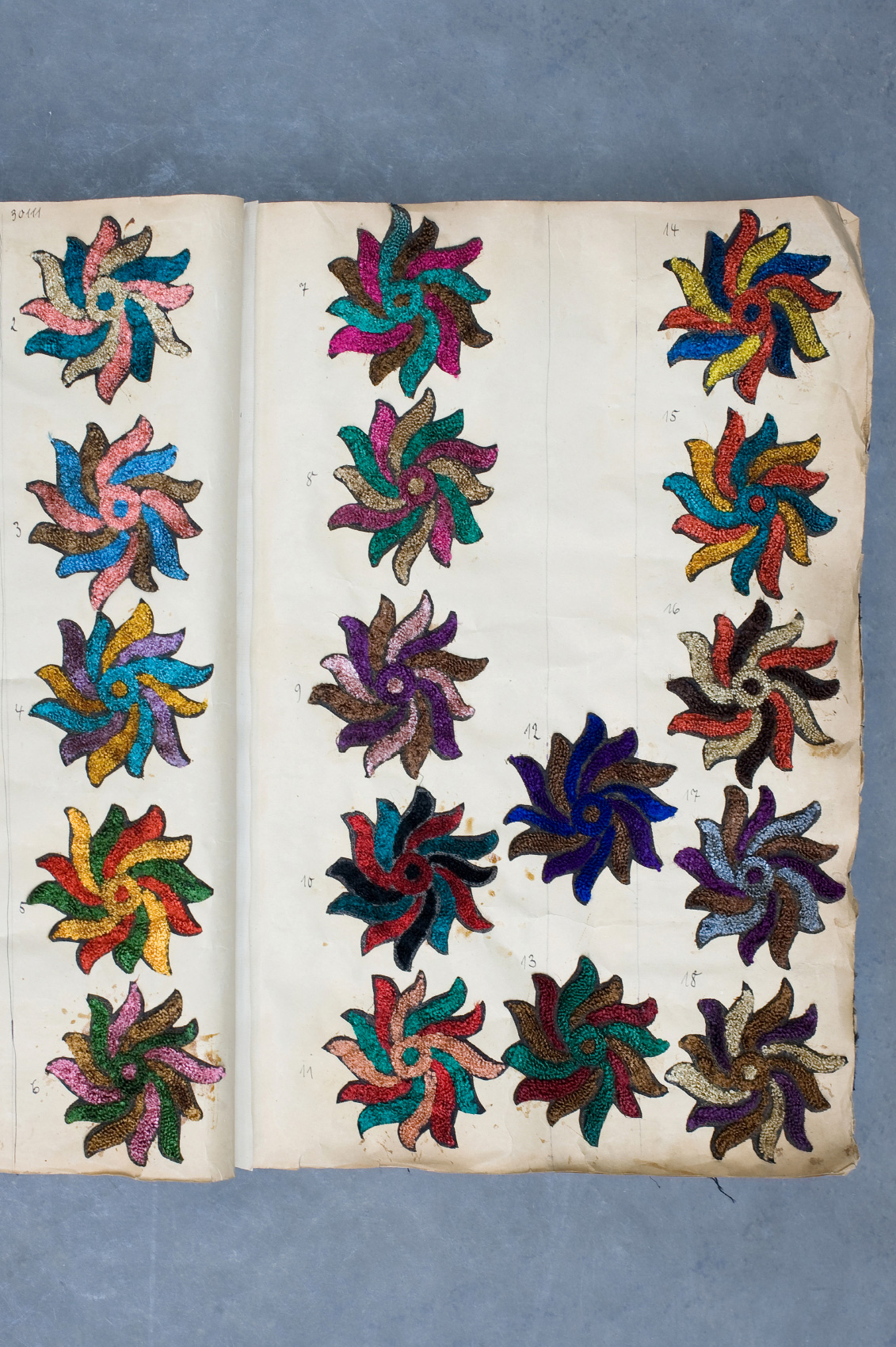 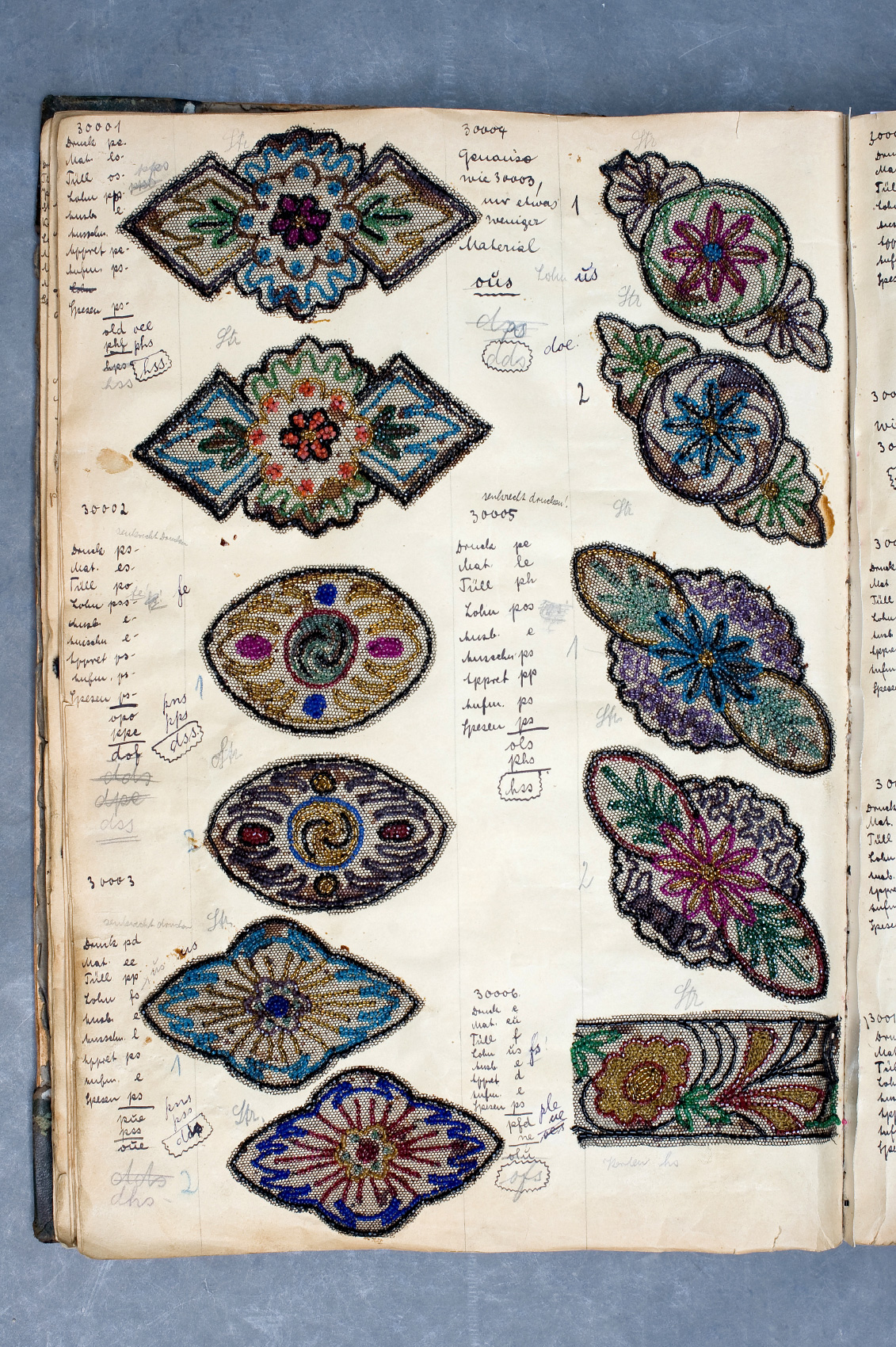 43 pages, on both sides of each page with numerous samples
(between 6 and 15 samples per page, around 700 single items)
A wide variety of forms, colours and materials, employing wool, pearls, sequins.

This site uses cookies. By continuing to use the site, you agree to the use of cookies.

We can request cookies that are set on your device. We use cookies to tell us when you visit our websites, how you interact with us, improve your user experience and adapt your relationship with our website.

Click on the different category headings to learn more. You can also change some of your settings. Note that blocking some types of cookies may affect your experience on our websites and the services we can offer.

These cookies are absolutely necessary to provide you with the services and functions available on our website.

We fully respect it if you want to reject cookies. In order to avoid that you are asked for cookies again and again, please allow us to save a cookie for your settings. You can unsubscribe at any time or allow other cookies to make full use of our services. If you reject cookies, all cookies set on our domain will be removed.

We will provide you with a list of cookies stored on your domain by your computer. For security reasons, we cannot display cookies that are stored by other domains. You can view this in the security settings of your browser.

These cookies collect information that helps us to understand how our website is used and how effective our marketing measures are. We can also use the knowledge from these cookies to adapt our applications to improve your user experience on our website.

If you do not want us to track your visit to our website, you can block this in your browser here: